As smartphones get smarter, the battery seems to discharge quicker. Old flip phones could stay charged for a few days with minimal use. Smartphones? A full day and you’re lucky.

This is frustrating for those of us who use their phones heavily. I personally have a phone that when it’s in my day bag seems to discharge it’s battery at about 3x the rate it normally would sitting on my desk connected to WiFi.

By now, many people are carrying portable power packs to give their phone boosts when on the road. I have a few different ones with various capacities that I’m almost always carrying with me these days whenever I’m on the road.

However, some of you may not be here yet, which leaves you scanning almost every room you walk into for an available power source. Personally, I can see this as working ok if you’re hanging around let’s say a library for a few hours, and/or carry a very long extension cable with you everywhere you go.

A popular service that communities and public buildings are now offering is Public Charging Stations. These, I’m sure, are life savers for many people. I’ve sat close to these at times while en-route and have seen how busy they get. The ones I’ve seen come with 2 or 3 prong plug female connections and USB connections.

2 prong plugs are great if you have your 2 prong AC/DC USB plug. But, the security problem here is with USB connections. Most USB cables don’t just have PWR (5V) and GND lines. They also have data lines. Data lines allow communication to occur, data to be sent. This means that when you plug your USB cable into your computer, you can communicate with the device you just plugged in – explore/transfer files, install apps, etc.. This is great if it’s your computer, but what happens if it’s somebody else’s computer? Do you know this somebody else? And what if this somebody else is equipped to do some major compromizing to your phone?

Your Phone’s Just Been Hacked

So, you plug your USB cable into a public USB power port at the airport, and continue to purchase – on your phone – that new shirt on Amazon, then book a hotel at your destination, and log in to check your phone bill to make sure you weren’t getting charged roaming fees.

There are countless programs out there that allow me, anonymous hacker, to view your phone’s screen, which is made infinitely easier if you plug your phone right into my computer that has said hacking tools.

Preventing Your Phone From Being Hacked

Obviously you don’t want this to happen. Nobody want’s their personal data compromised (in spite the growing number of people responding to security and personal privacy with the common ‘I have nothing to hide’ remark).

What can you do to prevent your smartphone from being hacked while charging it at a Public Charging Station? I’ve got a few suggestions, but I’d love to hear some of yours in the comments below. 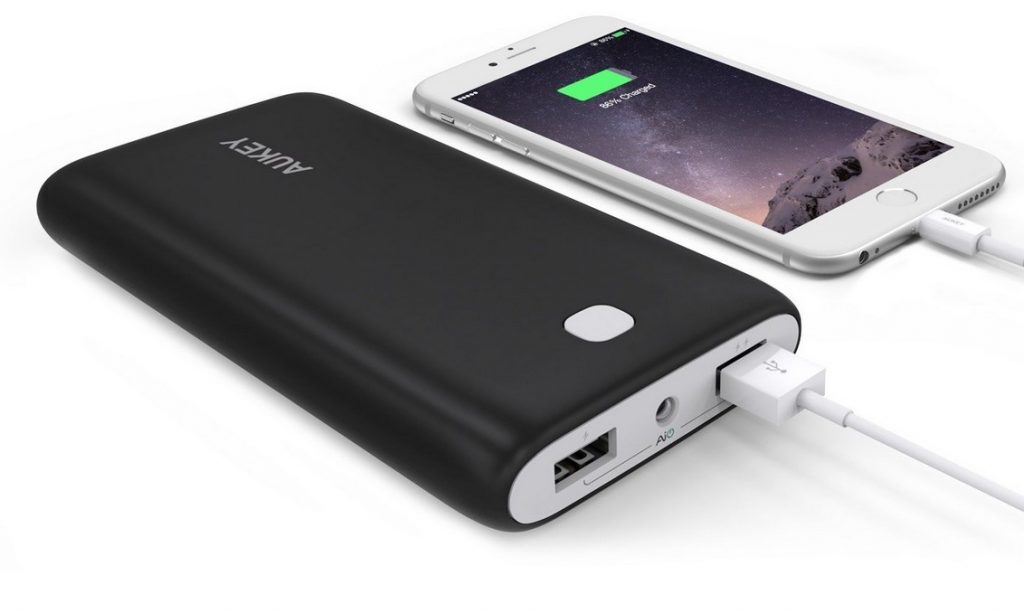 Battery packs – those little things shaped like a external hard drive – are ‘dumb’. You don’t use them to buy off of Amazon. They hold power and then discharge power into your USB device. There are even (bigger) power packs that can charge your laptop. So, if you plug your drained battery pack into the Public Charging Station instead of your phone, you have NO risk of your phone becoming compromised.

Now that we’re talking about power banks, let’s spend a little bit of time thinking about how simple and valuable they can be so that you don’t even have to get close to the Public Charging Station in the first place.

Smartphones are only as smart as the software / apps you have installed on them. The common myth that Macs, Linux, or Android operating systems can’t get viruses isn’t true. Anything can be hacked, it’s just a matter of how. However, all operating systems’ reputation depends on have large teams combating all known vulnerabilities so that you don’t have to worry about it.

So, keep your phones smart by upgrading to the latest version of software. Also, don’t install programs unless you know what they’re going to be doing. And if you don’t use those apps anymore, uninstall them. It is incredibly easy to install apps on your phone, so don’t be scared that you’ll never be able to again. If you can’t chances are there’s a far better app out there to do the job.

Keep Your Phone Locked While Charging

Of course, I’m assuming your screen enters into a locked mode when not in use. If it doesn’t, please go and enable that now. Security 101.

It’s not 100% foolproof, but locking your phone stops most apps from really running. Some hacking programs just data log anything that’s been typed or viewed. If your phone is locked, you’re not using it, so nothing will be monitored.

Another point though, is that most likely you don’t want to be hanging around this Public Charging Station all day. So, if you lock your phone and read a book while it’s charging, your phone will actually charge faster. While we’re on the topic of charging faster, let’s also put our phone into Airplane Mode. This disables all your beacons which is essentially putting your phone into low power mode and will greatly reduce your charge time (ie. your phone will charge faster).

Go one step further and just turn off your phone fully when charging at a Public Charging Station. Hard to hack a phone turned off. 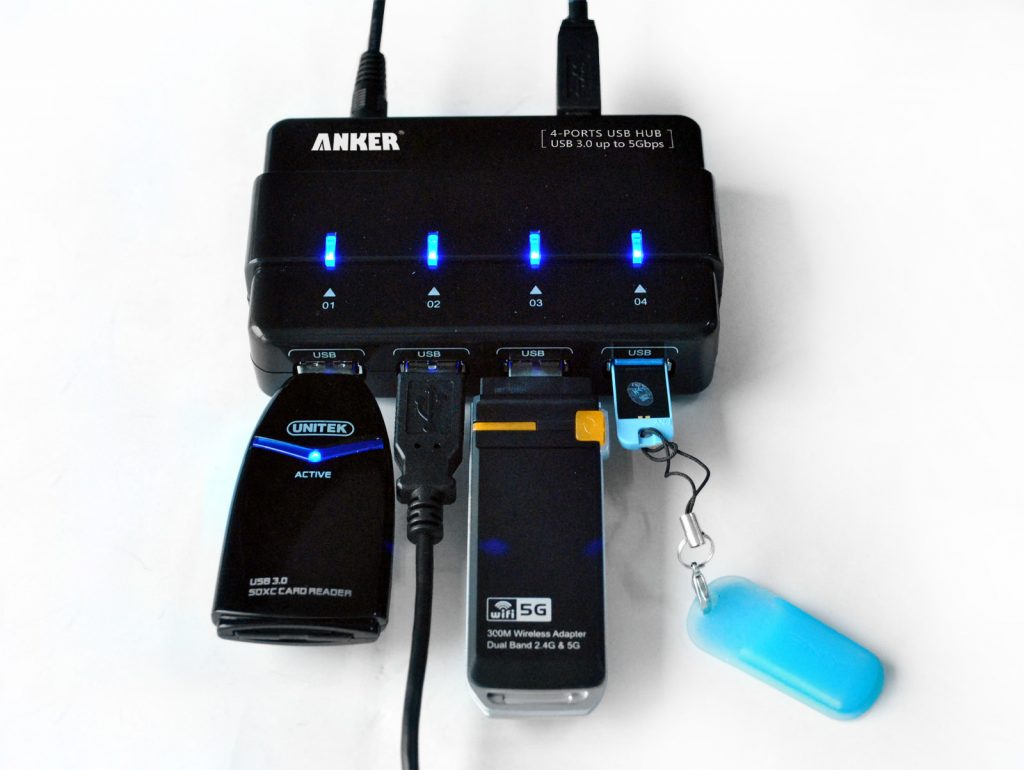 Using a two-prong (or 3) plug to charge your phone is definitely the safest secure bet. It might not always be possible, but generally if there’s USB power ports, there’s going to be wall plug to plug directly into. Depending on the USB port current (most likely ~ 0.5 A), you’ll also charge much faster if you use a higher current 2 prong plug ( could be up to 2 A) directly into the wall.

This is one thing that I’m always on the lookout for: high current USB charging wall plugs. For USB, high current is anything greater then 1 A. 1 A is good, too. 0.5 A is horribly slow. There is probably a very long thread on Reddit about the effect/deterioration of Li-ion batteries vs. charge current, but at the rate we go through smartphones, extending the battery life isn’t usually everybody’s biggest concern: charge speeds are. So, it’s smart to keep your eye open for these USB wall plugs with a high output rating on them. It’s almost standard on USB ports to be 5 V, aside from those larger power banks that can smartly output up to 12 V sometimes.

If you have a few USB devices that always die on you, you could also think about a USB Hub. This works the same as a one port, except it’s got about 4+ USB connections on it. You plug the 3 prong plug into the wall which connects to the hub, and at the hub, you can connect your USB devices to charge. As above, these will come with various port current outputs, so be cautious when buying them (I’d go for something in the range of 1.5 A output).

Ok, that’s it for tips. Maybe you have some for me?

Thanks to Aukey – manufacturer of battery packs and other really cool gadgets – for inspiration on this article with their own article on Protect Yourself From Public Charging Stations To Avoid Mobile Phone Hacking!