The following article was written by security expert Bruce Schneier, who has a newsletter he sends out monthly I highly suggest if you have any interest in learning about security around the world at very top level organizations.

You can read this issue on the web. These same essays and news items appear in the “Schneier on Security” blog, along with a lively and intelligent comment section. 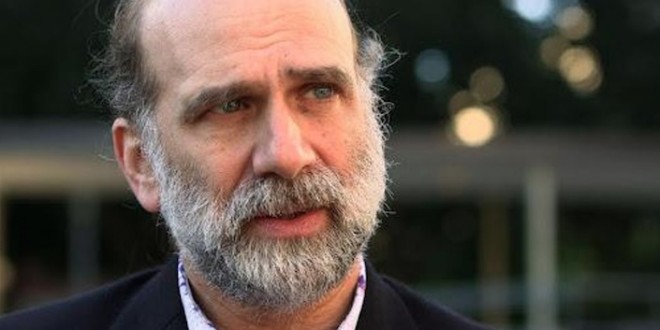 For the past six years, Volkswagen has been cheating on the emissions testing for its diesel cars. The cars’ computers were able to detect when they were being tested, and temporarily alter how their engines worked so they looked much cleaner than they actually were. When they weren’t being tested, they belched out 40 times the pollutants. Their CEO has resigned, and the company will face an expensive recall, enormous fines and worse.

Cheating on regulatory testing has a long history in corporate America. It happens regularly in automobile emissions control and elsewhere. What’s important in the VW case is that the cheating was preprogrammed into the algorithm that controlled cars’ emissions.

We’ve already had examples of smartphone manufacturers cheating on processor benchmark testing: detecting when they’re being tested and artificially increasing their performance. We’re going to see this in other industries.

The Internet of Things is coming. Many industries are moving to add computers to their devices, and that will bring with it new opportunities for manufacturers to cheat. Light bulbs could fool regulators into appearing more energy efficient than they are. Temperature sensors could fool buyers into believing that food has been stored at safer temperatures than it has been. Voting machines could appear to work perfectly — except during the first Tuesday of November, when they undetectably switch a few percent of votes from one party’s candidates to another’s.

My worry is that some corporate executives won’t interpret the VW story as a cautionary tale involving just punishments for a bad mistake but will see it instead as a demonstration that you can get away with something like that for six years.

And they’ll cheat smarter. For all of VW’s brazenness, its cheating was obvious once people knew to look for it. Far cleverer would be to make the cheating look like an accident. Overall software quality is so bad that products ship with thousands of programming mistakes.

Computer-security experts believe that intelligence agencies have been doing this sort of thing for years, both with the consent of the software developers and surreptitiously.

This problem won’t be solved through computer security as we normally think of it. Conventional computer security is designed to prevent outside hackers from breaking into your computers and networks. The car analogue would be security software that prevented an owner from tweaking his own engine to run faster but in the process emit more pollutants. What we need to contend with is a very different threat: malfeasance programmed in at the design stage.

We already know how to protect ourselves against corporate misbehavior. Ronald Reagan once said “trust, but verify” when speaking about the Soviet Union cheating on nuclear treaties. We need to be able to verify the software that controls our lives.

Software verification has two parts: transparency and oversight. Transparency means making the source code available for analysis. The need for this is obvious; it’s much easier to hide cheating software if a manufacturer can hide the code.

But transparency doesn’t magically reduce cheating or improve software quality, as anyone who uses open-source software knows. It’s only the first step. The code must be analyzed. And because software is so complicated, that analysis can’t be limited to a once-every-few-years government test. We need private analysis as well.

Both transparency and oversight are being threatened in the software world. Companies routinely fight making their code public and attempt to muzzle security researchers who find problems, citing the proprietary nature of the software. It’s a fair complaint, but the public interests of accuracy and safety need to trump business interests.

Proprietary software is increasingly being used in critical applications: voting machines, medical devices, breathalyzers, electric power distribution, systems that decide whether or not someone can board an airplane. We’re ceding more control of our lives to software and algorithms. Transparency is the only way verify that they’re not cheating us.

There’s no shortage of corporate executives willing to lie and cheat their way to profits. We saw another example of this last week: Stewart Parnell, the former CEO of the now-defunct Peanut Corporation of America, was sentenced to 28 years in prison for knowingly shipping out salmonella-tainted products. That may seem excessive, but nine people died and many more fell ill as a result of his cheating.

Software will only make malfeasance like this easier to commit and harder to prove. Fewer people need to know about the conspiracy. It can be done in advance, nowhere near the testing time or site. And, if the software remains undetected for long enough, it could easily be the case that no one in the company remembers that it’s there.

We need better verification of the software that controls our lives, and that means more — and more public — transparency.

How Volkswagen got caught:
http://www.iflscience.com/technology/how-volkswagen-got-caught-cheating-emissions-tests-clean-air-ngo