The new Sony Alpha series mirrorless cameras are pretty powerful, so powerful you might get lost trying to set it up and forget all about taking photographs. One of the features it has is something called Smart Remote Control. This allows the user to control the camera via their smartphone (if it works as it should). Problem is, the updated version of the (Android) smartphone app doesn’t connect with the outdated version of firmware on the camera. I say Android because I haven’t confirmed this is also the case with iPhones or Windows Mobile phones. 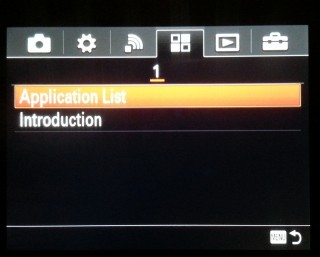 The solution to your smartphone not connecting to your Sony Alpha mirrorless camera Smart Remote Control application sounds hard, but it’s really quite simple: Update the Sony Alpha body’s firmware. At time of writing this, the firmware is at 2.0.

My particular Sony Alpha is an a7, so Sony has a great tutorial on how to upgrade the firmware (and the latest firmware itself) for the ILCE7 mirrorless camera here. But if you don’t have an alpha7, then go here to Sony’s support site, and browse to your specific version of alpha series camera & operating system.

When you find your way to the page on Sony’s website that allows you to download the necessary version of the alpha firmware, you must ensure you’re downloading the firmware for your version of alpha camera and also your own operating system, and also take note of the step by step instructions just below the download link on the same page. This will explain step by step exactly how to upgrade your Sony Alpha mirrorless camera’s firmware and then connect your smartphone to control the functions of the camera using Smart Remote Control!